Game of Thrones (2011) may go down in history as some of the most impressive television ever produced. Has any show ever had this combination of rising popularity over so many seasons, with such consistently impressive production value? Game of Thrones has built a following based on terrific writing, acting and filmmaking, founded on an unusual overarching structure. What exactly is it that makes the story structure of Game of Thrones atypical for a television show?

To understand the show's narrative framework, it's important to understand the bottom line of Game of Thrones: winning and keeping the Iron Throne at King's Landing as the seat of power over the kingdom of Westeros. This core concept has a competing narrative, a crack in its foundation to potentially bring this issue crashing down: will threats from Beyond the Wall (the wildings, White Walkers and their undead army) invade Westeros and destroy everything, rendering the show's primary dramatic question moot?

One might expect the seasons of Game of Thrones to build in a way traditional to most serialized shows, with each season's finale serving as the showcase for a grandiose climax and most significant game-changing moments. Consider, however, Season One, which focuses on Ned Stark (Sean Bean) as he negotiates the dangers of being the right-hand man to King Robert Baratheon (Mark Addy). The culmination of Ned's story stands out as the season's climax for its spectacle and dramatic importance, and happens not in the season's final episode, but in the one before it: Episode 9, "Baelor." Here, having failed to protect the King (and the majority of his legitimate heirs) from a coup masterminded by Queen Cersei (Lena Headey), Ned Stark loses his life before all of King's Landing.

Season Two asks: will Cersei Lannister's diminutive brother, Tyrion (Peter Dinklage) be able to save King's Landing from its enemies, or will their defenses fall? Again, the season's action climax is not its final episode, but the one just before it. In Season 2, Episode 9, "Blackwater," King's Landing faces its greatest threat yet, with Cersei at her most terrified and Tyrion at his most tested. This penultimate episode builds to a huge explosion and a giant battle, climaxing with Tyrion holding out just long enough for his father, Tywin Lannister (Charles Dance), to arrive with troops and save the day. 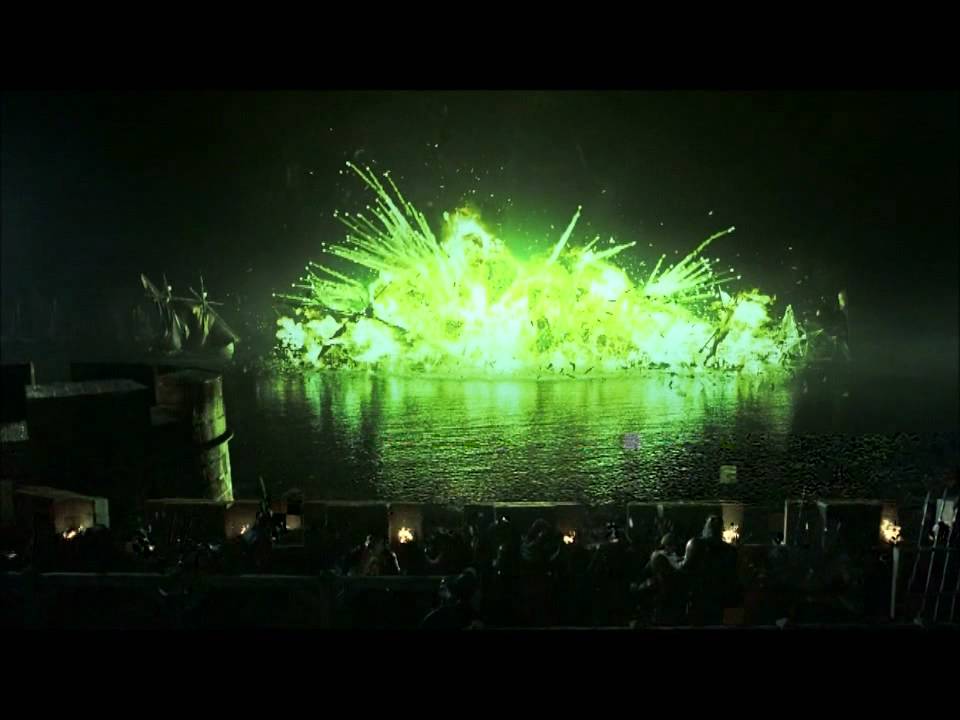 Season Three uses its primary story arc to pose the question of whether Robb Stark (Richard Madden), with his mother Catelyn (Michelle Fairley) at his side, will be able to mount an attack on King's Landing, and avenge Ned Stark's murder. The answer comes during Season Three, Episode 9, "The Rains of Castamere," in one of the show's most infamous sequences, "The Red Wedding." This lavish sequence combines the pomp of a royal wedding with the Grand Guignol murders of Robb Stark, his pregnant wife, his mother and an uncountable number of their soldiers - and gives an answer to the season's biggest question: No, Robb Stark will never avenge Ned Stark's death, nor claim the Iron Throne.

Season Four's main story directs attention to the potentially-trumping storyline regarding the threats from beyond of the Wall. This arc climaxes, once again, in the season's penultimate Episode 9, "The Watchers on the Wall." In the show's biggest battle to date, giants, woolly mammoths, and thousands of wildling warriors lay siege to the Wall - with all of Westeros at stake. Here Jon Snow (Kit Harington), Ned Stark's bastard son, saves the day, and the competitions for the Iron Throne can dramatically continue. 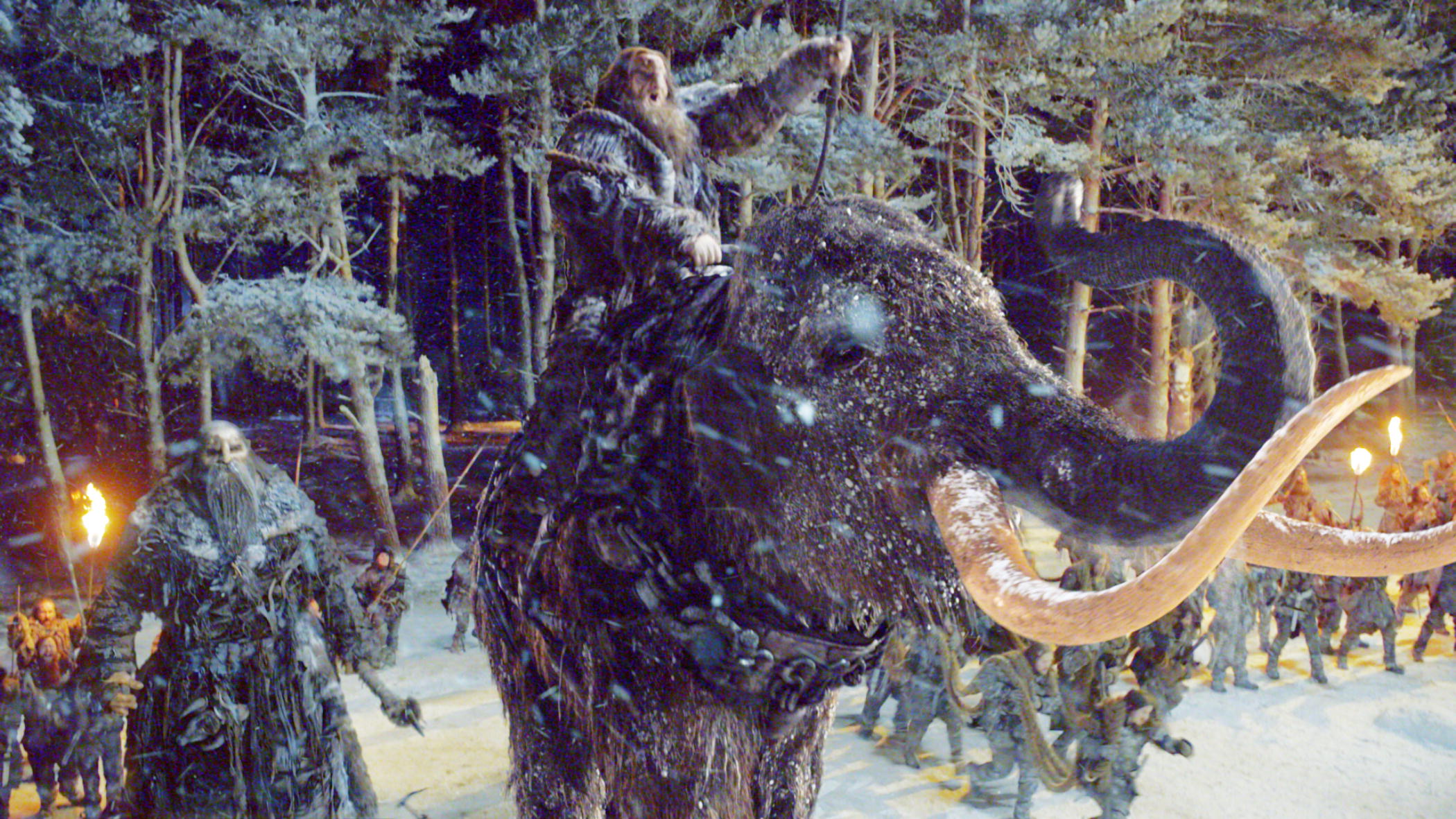 All of the above is not to say that Game of Thrones' season finales don't also contain major events, or even tragic deaths - but one must consider how they are handled in contrast. In Season One's finale "Fire and Blood," Daenerys (Emilia Clarke) loses her child, but off-screen. Later, she euthanizes her husband Khal Drogo (Jason Momoa), in the privacy of their tent. In the season's final sequence, when she emerges from the ashes having hatched baby dragons - most of her followers are asleep.  In Season Two's finale, "Valar Morghulis," Robb and Talisa (Oona Chaplin) are married in what could be a huge extravaganza, but is scripted as a private ceremony.  Later, Daenerys faces off with the warlock Pyat Pree (Ian Hanmore) to recapture he baby dragons alone. This comparative downplaying of key dramatic events holds true for each Game of Thrones finale. Even death scenes of major characters - Sandor Clegane (Rory McCann), Shae (Sibel Kekilli), Tywin Lannister - happen in one-on-one confrontations in intimate settings.

Season 5: The Exception to the Rule?

But what of Season Five, which arguably contains the season's most spectacular battle in its 8th episode - not its 9th, and its most shocking death in its 10th and final? Can we make the case that Season Five continues this pattern of placing its season climax in its penultimate, 9th episode? Despite these potential issues, I would say yes.

Here is why: Game of Thrones has been broadening the reach of its main story each season, from Season One's internal struggle at King's Landing, to Season Two's battle outside King's Landing's gates, to Three's treacherous attack on the Starks before they reach the Iron Throne, to Four's epic battle at the Wall. Season Five's climax continues this expansive trajectory, taking us out of Westeros to the land of Essos. Here we pick up on a thread woven in from Game of Thrones' start: Can the previous rulers of Westeros - the Targaryens - reclaim the Iron Throne?

Season Five finds Daenerys having gained the armies of the Unsullied and the Second Sons as she takes over as ruler of the Essos city of Meereen. Now Daenerys' drive for the Iron Throne is presented with a specific hurdle to cross - she must first be able to rule Meereen if she is ever to rule Westeros. Throughout Season Five, her quest to rule Essos has its ups and downs, with the the city's elite and its lower classes unsatisfied with Daenerys' rule. Mirroring this, her maturing dragons have become increasingly difficult to control. These issues lead to the Great Games of Season Five, Episode 9, "The Dance of Dragons" where a gladiatorial spectacle is presented, designed to bring Meereen together. But the games are a trap.  Scores of masked attackers emerge from the audience, killing targets in the stadium, and closing in to eliminate their unwanted queen. Surrounded by a murderous mob, it seems the season's biggest question will be answered this way: Daenerys cannot control Meereen, she will never rule Westeros, and instead she will now lose her life. Then, Drogon ex machina strikes, as Daenerys favorite dragon, Drogon, swoops in, keeping the attackers momentarily at bay. Now Daenerys does something the story has been building towards for five seasons; she mounts her dragon and flies.

Did this huge battle at the Great Games have the scope of the amazing Hardhome battle against the Wights and White Walkers in the previous episode? I would say not. Did the death of Daenerys' betrothed, Hizdahr zo Loraq (Joel Fry), at the Great Games have the same impact of Jon Snow's murder in the season finale? No way. But here's what this penultimate episode has that makes it Season Five's climax - it's both a huge spectacle and a key game changer in the Game of Thrones story. It is a game changer for a reason some may have lost track of: the Targaryens were able to conquer Westeros because they could fly dragons into battle. For the first time in the show's forty-nine episodes, we have a character who not only has dragons, but has dragons she can fly. With this, Daenerys has taken a huge step towards winning the Game of Thrones. The Season Five's finale, "Mother's Mercy", brings the important deaths of Stannis Baratheon (Stephen Dillane), Meryn Trant (Ian Beattie) and Jon Snow, but as is the case with Game of Thrones' previous finales, these moments are presented as intimate scenes, preserving the previous episode's grandiose feel. Season Five's final episode is crafted as part as the season's "falling action" - its denouement, tying up some of the show's ongoing dramatic threads, while setting up new trajectories for the season to come. But why does Game of Thrones do this, building up to each season's climax in its penultimate episodes while playing down its finales? What does this achieve?

Game of Thrones excels in surprise twists and turns. Few, if any, shows have killed off so many characters assumed to be the show's main protagonist. One could make the case that having the season climax "an episode early" helps the surprise element of these big scenes. While there may be some truth to this, we are talking about a pattern - and uninterrupted patterns are "surprise killers." Also, plenty of other surprises happen throughout each season, so it's not like we ever let our guard down. There must be another reason.

Game of Thrones is huge in scope, with scores of characters, locations, and competing mythologies - and the show is incredibly well-planned. Even moments that take many viewers by surprise have the roots of these threads woven in with patience and skill. Being able to service this level of complexity takes time. Moving the season's climax to the penultimate episode gives that key storyline the most breathing room (in both Season Two and Season Four, the climactic story arc takes up an entire hour). In more traditional shows, a season's climax is placed in the final episode, with comparatively little time for the conclusion of other threads. This can work well, especially if the show has smaller casts and less complicated stories. Considering Game of Thrones'  breadth however, giving its season climax its due, while wrapping its "final business" in a single final episode, might simply feel too rushed. With these factors seemingly in mind, the filmmakers made an unusual decision to utilize each season's penultimate episode for its climax, and its finale as a denouement, carving out amble time to dramatically craft both.

Season 6 of Game of Thrones stayed true to the discussed form. Episode 9, "Battle of the Bastards," warms up with a Slaver's Bay under siege by a giant fleet, their attack easily thwarted in a synchronisation of fire from Daenery's awe-inspiring dragons. The titular battle follows for the rest of the episode, as Jon Snow's amassed forces clash against Ramsay Bolton's, in the show's largest gathering of choreographed stuntmen, soldiers and armored horses to date, building to the season's action climax.

Once again, the finale of the season functioned more as its denouement, though the episode starts with a bang. (See Cersei Ascendant for my take on why this was the wrong time to mess with the Mad Queen.) Working to wrap up loose ends and set the stage for the next season, the episode services over a dozen different storylines. Winter may have arrived, but thematically it feels more like "Spring Cleaning," as secondary and tertiary characters are removed from the playing board every few minutes. RIP, Margaery, Lorace and Mace Tyrell. Good riddance, High Sparrow, Lancel and Kevan Lannister, and a room full of religious lackeys. Better luck next time, King Tommon and Grand Maester Pycelle. See-ya-wouldn't-wanna-be-ya, Walder Frey and a pie full of sons. Take a walk, Melisandre. You stay here, we're walking, Daario Naharis. You're not going anywhere again, Shame Nun.

Will Seasons 7 and 8 follow suit with climaxes taking place in their penultimate episodes and denouements structured for the episode that follows? While this is possible, it is also more open to speculation. These two lasts seasons reportedly will span fifteen episodes at most. Considering we've now entered our story's "third act," we may see faster pacing, greater consolidating and an overall structural strategy different from what guided seasons up to now. It would not be surprising if the closing episodes of the final seasons combine climax and denouement.

At this rate, who knows how many characters there will even be to "wrap up" as the final curtain comes down on Game of Thrones. Can't wait to see.