Ultimately, the ambitious structure of Inside Out (2015) is a construction - one that, while delighting many, is built with numerous temporary fixes. Metaphorically, Inside Out has story-structure girders that ideally would be steel but are instead made of balsa wood, and there are what seem to be fire exits but are instead trompe l'oeil murals. This said, a film’s structure usually only has to stand in place for a few hours, and why would an audience try those exits when it's so fun to stay seated instead?

But what if we were to go back inside and check those girders or that back door? One might look to make improvements to the “balsa wood girders” and other areas not fully “up to code.”

Much of the drama of Inside Out is based on character concerns that the story later reveals are unfounded. Misinformation / lack of information is built into the story: Joy has assumed control over Riley’s mental Headquarters, but despite this being Joy’s “life’s work,” she doesn’t really know how the brain operates and has avoided reading the manuals. Not only does Joy decide Sad has no part to play, but Sad (despite having read the manuals) doesn’t feel that she is important either. Making sure Riley’s cherished personality islands stay intact is declared critical and their destruction considered tragic - and yet at the end we find none of this destruction was much of a problem. While these misunderstandings have some psychological justification (do any of us really “know ourselves”?), they also have an undermining effect if a viewer realizes these assumptions have no actual dramatic teeth.

Pixar hits like Toy Story, WALL-E, Monsters Inc, The Incredibles and Finding Nemo hold up remarkably over time. In subsequent viewings of Toy Story, Woody and Buzz still really have to work together to avoid permanent separation from Andy; The Incredibles still have to stop the evil Syndrome; in Finding Nemo, Marlin still has to find Nemo and learn to be less protective of him. But watching Inside Out again may be a more disappointing experience for many viewers, as audiences can’t fall for all the film’s misinformation a second time (if they ever did at all). On repeat viewing we not only know Joy should not be stopping sadness, and that having old “personality islands” fail is fine (in fact, it's part of growing up), but we also realize that no “ticking clock” the movie presents actually threatens dire consequences.

Like a painted clock that shows it’s a minute before midnight, Inside Out’s time constraints are basically decorative. The reality is that while it’s not ideal for Riley to take the bus out of town, the film never states what the real problem is with this. If all that is required for Riley’s full revival is for her to be allowed to feel sadness, then why can’t she do this in Minnesota, where it’s established she has a ton of support? How hard is it to imagine, for example, that Riley takes the bus to her hometown, goes to a beloved teacher, or hockey coach, or relative, or best friends - and then is allowed to be sad - with her parents flying in during or after? With over a day of travel time, her parents could even fly to Minnesota, embrace her as she got off the bus there, and the movie’s ending could play out exactly the same. 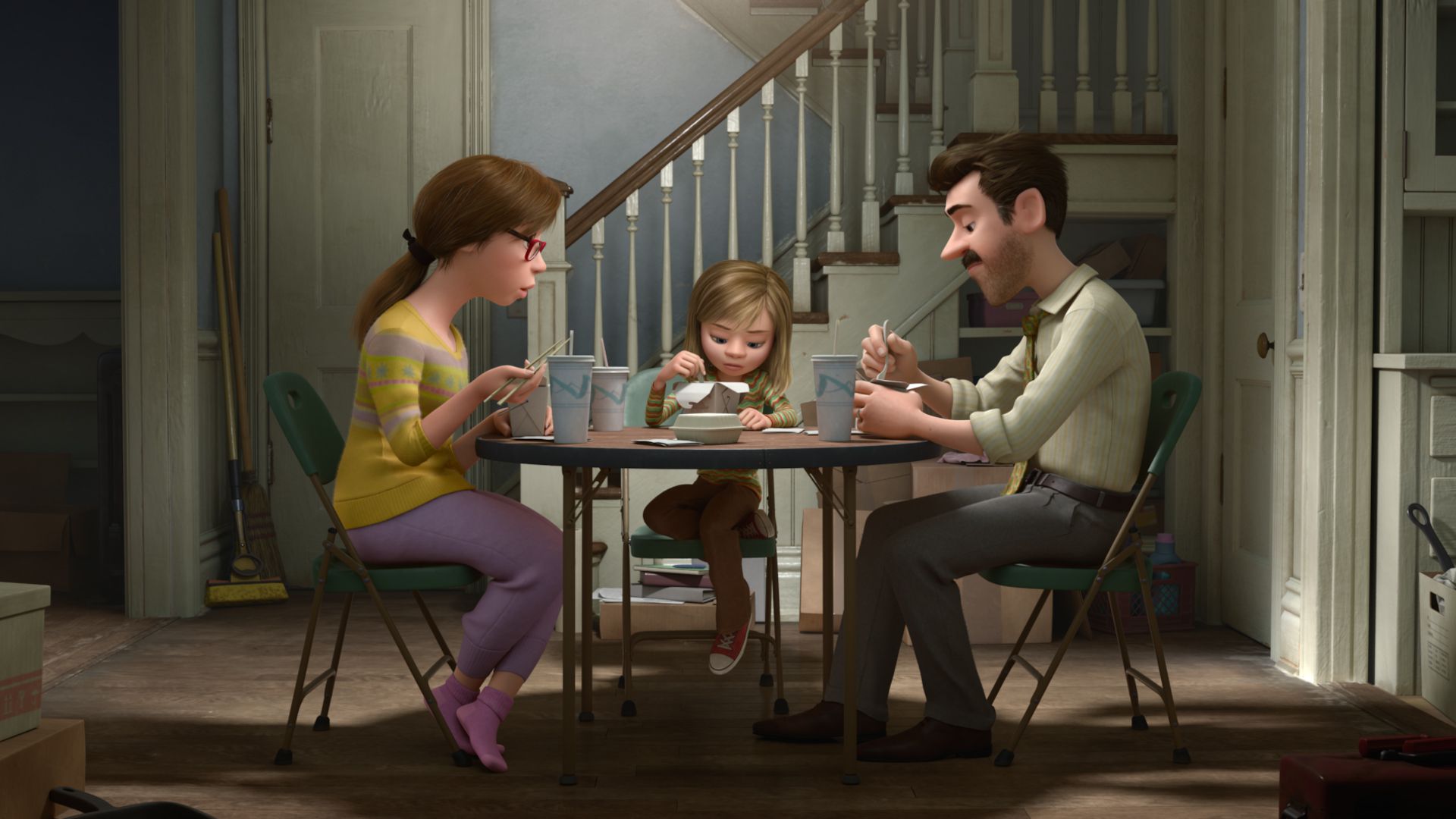 So one area I would look to make changes is to rework these “temporary fixes” with more sustainable ones, so the film potentially holds up better with repeat viewings. And for those first-time viewers who weren’t persuaded by the film’s sleight of hand, they might like the film better from the start. As the movie makes clear, it’s not right for Joy to be calling the shots, so the film might benefit from a “Mission Control” type character as well. This character still could favor Joy over the others. Faced with having a key character know what is going on in terms of the mechanics of the brain (that each emotion has its place, personality islands change, etc.), the story is more likely to build on genuine conflicts.

One of the most substantial things Inside Out could improve would be to have real stakes and a real ticking clock - one that holds up on repeat viewing. The obvious choice that the film avoids is the threat of a mental breakdown that Riley can never return from. Why the filmmakers might shy away from this is understandable; it’s easy to see this issue as too serious for a children's cartoon. (How hard-hitting a cartoon can/should get is an interesting issue for another time, perhaps.)

Instead of a mental breakdown, a more workable threat might be having Riley’s Anger/Envy/Fear propel her towards potentially making a terrible life choice she can never “take back.”  For example, could her fragile mental state propel her to try ruining her parents' reason for moving in the first place? She could plan on sabotaging her father’s job, for instance. Or even try to ruin her parent’s marriage, so her mother splits with her and goes back to Minnesota. These are hardly out of the scope of a child with Anger/Envy/Fear controlling her mind, completely unchecked. Or what if the set-up is that the family moved to S.F. so Riley could go to an amazing school for gifted students? Or maybe moved for a once-in-a-lifetime sports opportunity? Then Riley could plot to fail a key academic test or sports tryout, potentially losing her amazing opportunity forever. This kind of solution, based on actual threat, with an actual ticking clock, could make a big difference for repeat viewers, and even first time ones.

Might changes like these make the film better, or would that be like attempting brain surgery on a patient who looks fit as a fiddle and is beloved just the way she is (98% on Rotten Tomatoes, $700 million and growing in ticket sales)? Changes have a ripple effect. Would these suggestions ultimately hurt, doing damage to other areas that seemingly work so well, or would they help Inside Out across the board making the emotional characters bolder, the brain typography clearer, the relationship between Riley and her feelings more dramatic? If nothing else, I think it’s an interesting mental exercise.