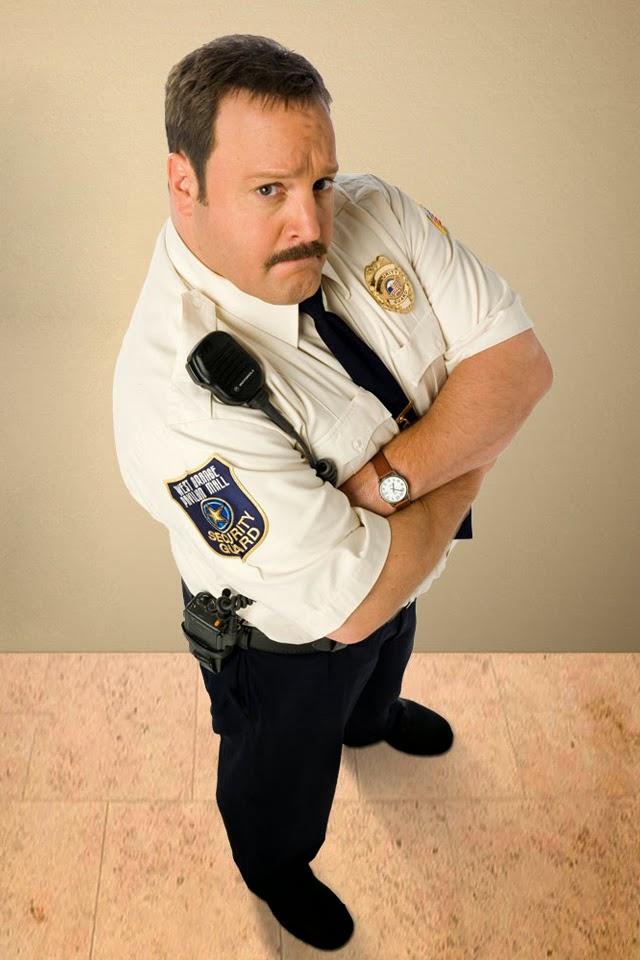 First, let's compare basic stats: Superman (as played by Henry Cavill in "Batman Vs Superman") is 6'1 (D.C. says Superman is 6'3). Paul Blart (played by Kevin James in "Paul Blart: Mall Cop", "Paul Blart: Mall Cop 2") is 5'8 - so reach goes to Superman.  When it comes to weight, Blart has the clear advantage. (Kevin James tips the scales at 285 lbs.  D.C. claims Superman a slim 235 lbs.)  Since it's oft said most fights end up on the ground - where punching range is irrelevant and size can be key - all other things being equal, Blart has the edge here.

Moving to special abilities, one would tend to bet on Superman. (How many heroes have a separate Wikipedia page just for their powers?) A few highlights: The Man of Steel is "invulnerable" (bet that comes in handy), he can fly, is "more powerful than a locomotive" and "faster than a speeding bullet" (way faster, it turns out). Then there's superhuman intelligence, heat vision, super human breath, x-ray vision, and more (he can do ventriloquism, so that should be fun at parties).  Blart, on the other hand can’t do any fancy alien stuff, but he is dedicated, responsible, and has clocked numerous hours mastering his Segway-riding skills. How good is Superman on a Segway? One might speculate that Superman would be "super" at this - but that would just be conjecture. Until proven, we should give "The Battle of the Segway" to Blart. That said, “power against power”, Superman likely takes this round overall. (Note: Bart’s ventriloquism abilities - unknown.)

Weakness: Paul Blart is badly hypoglycemic, overweight, has a low tolerance for hot peppers (his Kryptonite), and is poor at holding his liquor. Since Superman doesn’t drink / barely drinks (There are conflicting stories here; what happens in Vegas, stays in Vegas?), the advantage in this area is unclear.Superman is famous for being weakened by Kryptonite (currently sold on Amazon - but likely fake). Red Sun radiation leaves Superman with the standard abilities of a person his size and fitness - which would still give him the win here.  Superman (aka The Man of Tomorrow) has lived in multiple realities - arguably more than any other superhero, existing in Golden, Silver, Bronze and Modern Ages / Elseworlds / animation / TV / movies / games and more, as well as being able to fly through the universe, reversing / traveling back through time - taking others with him.

Because of this, there could be an infinite number of places and times that a fight between Superman and Paul Blart could take place. In infinite spacetime, all possibilities occur - so in some places/times the incredibly improbable of a Blart triumph would become a statistic certainty.  Here is where Blart trounces Superman.  Examples from this infinite spectrum could (and therefore would) be: Blart finds himself on a planet that gives him even better super powers.  Superman develops a deadly allergy to the local shellfish, and/or air, water, Head & Shoulders hair spray, Slim Whitman music, etc. - as so many nonindigenous visitors before him.  In the endless spectrum of alternate worlds, Blart would actually be Batman (aka “Paul Blart: Playboy Millionaire”), who has regularly been reported can beat Superman.  Yes, sure, some infinities are bigger than other infinities, but who has time for that?